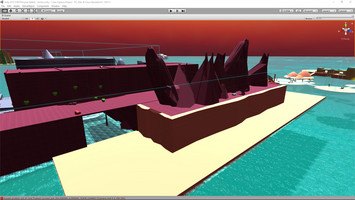 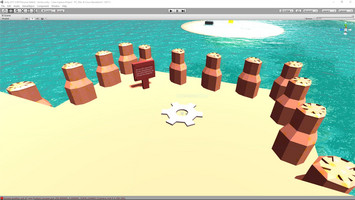 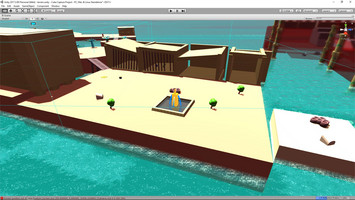 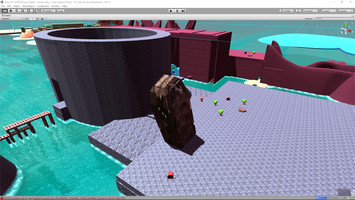 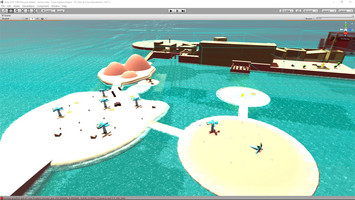 Well, it's been a good 3 days of working nonstop on Cube Capture. Here are some highlights of those days.

Photo 1: Mountain range added to the second area of the Slough. That area was pretty boring so I added that. Also, see the cave in the bottom-left? That cave has been upgraded a bit.

Photo 2: Who dosen't like humor in a game? Nobody doesn't. So I added a sign, also evidence of the people who used to live in the Pueblo.

Photo 3: More evidence of life in the Pueblo before you came here. This fountain was to celebrate the returning of Billy the Sixth after the Tuberian War.

Photo 4: Some creature probably got smashed by a meteor here. Evidence of mining through this giant rock shows some sort of a creature stuck in there.  Apparently he didn't switch to Geico, getting 15% off of meteor insurance.

Photo 5: A tree fallen in one area and some mini-sand dunes. Actually, most of Cube Capture is minized.